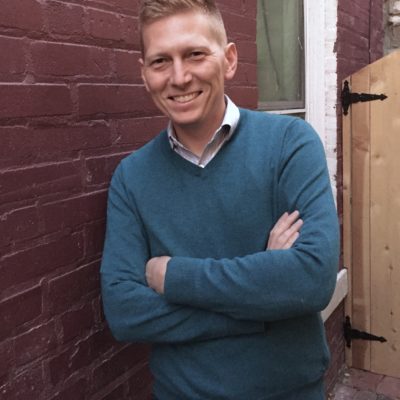 If we want to understand the significance of this event and why it is to be celebrated, we must look to Jesus whom we follow.

As an act of obedience to His Father in Heaven, Jesus asked John to baptize Him in water. Let’s take a close look at what happens just after He is baptized.

Jesus also had been baptized and was praying, the heavens were opened, 22 and the Holy Spirit descended on him in bodily form, like a dove; and a voice came from heaven, “You are my beloved Son; with you I am well pleased.” Luke 3:21-22 | ESV

The spirit descended or came down up on him. He received the power of God to speak the words of and manifest the invisible God.

Everything that Jesus did as part of His “ministry,” He did as a man powered by the Spirit of God.  Notice that Jesus did not begin His ministry until after He had received the Holy Spirit upon Him. With this power, He lived as we are meant to live. As He Himself revealed God to us, He also demonstrated how we are to reveal Him.

“the Son can do nothing of his own accord, but only what he sees the Father doing. For whatever the Father does, that the Son does likewise.” John 5:19 | ESV

“…I do nothing on my own authority but speak just as the Father taught me.” John 8:28 | ESV

“If you had known me, you would have known my Father also. From now on you do know him and have seen him.” John 14:7 | ESV

“The words that I say to you I do not speak on my own authority, but the Father who dwells in me does his works.” John 14:10 | ESV

If Jesus Himself lived this way, then we should expect that He would want the same for us. Jesus told His disciples that He was going to send them a helper. He knew they couldn’t do this from their own wisdom and strength. In John 16 we read what that helper would be to us.

Notice what he said about the Holy Spirit. “He will not speak on his own authority, but whatever he hears he will speak and he will declare to you the things that are to come.” That is the function of prophecy at its most biblical.  Jesus only spoke what He heard His Father say, He didn’t come in His own authority or His own initiative. We see that same action happening with the Holy Spirit.

In Acts 1:8 we see Luke’s account of the Great Commission. Jesus assignment to His disciples and every disciple who would ever follow Him.

8 But you will receive power when the Holy Spirit has come upon you, and you will be my witnesses in Jerusalem and in all Judea and Samaria, and to the end of the earth.”  Acts 1:8 | ESV

It is interesting to me that the connection between this passage and the account of the Baptism of the Holy Spirit in Acts 2 it Is often marginalized in Christian teaching. As I look through all of these things that Jesus said about the Holy Spirit He was sending, it becomes very clear that the chief purpose of the Holy Spirit is to “help” us testify of Jesus, to be a witness of Him, to proclaim Him to the nations.

Jesus himself says to his Father in Heaven, “I have manifest your name to the people… I made known to them your name I will continue to make it known.” He came to testify of His Father. He came to manifest, to demonstrate, and to proclaim who God is. He was the visible image of the invisible God. Jesus gave this same assignment to His disciples.

So, what exactly did happen on that day during the Pentecost festival?

1 When the day of Pentecost arrived, they were all together in one place. 2 And suddenly there came from heaven a sound like a mighty rushing wind, and it filled the entire house where they were sitting. 3 And divided tongues as of fire appeared to them and rested on each one of them. 4 And they were all filled with the Holy Spirit and began to speak in other tongues as the Spirit gave them utterance.

5 Now there were dwelling in Jerusalem Jews, devout men from every nation under heaven. 6 And at this sound the multitude came together, and they were bewildered, because each one was hearing them speak in his own language. 7 And they were amazed and astonished, saying, “Are not all these who are speaking Galileans? 8 And how is it that we hear, each of us in his own native language? 9 Parthians and Medes and Elamites and residents of Mesopotamia, Judea and Cappadocia, Pontus and Asia, 10 Phrygia and Pamphylia, Egypt and the parts of Libya belonging to Cyrene, and visitors from Rome, 11 both Jews and proselytes, Cretans and Arabians—we hear them telling in our own tongues the mighty works of God.” 12 And all were amazed and perplexed, saying to one another, “What does this mean?”

This is a remarkable event and there is much that could be talked about, but I want to highlight a couple of key elements to what unfolded in this historic moment. I believe it is important that we understand the very practical application of the supernatural phenomenon. Just as Jesus had received the spirit of God and did everything He did powered by that Spirit, His disciples were receiving that same Spirit and would also do everything that they were going to do powered by the Spirit of Jesus.

I want to draw our attention to the fact that the very first work of the Holy Spirit was to put words in the mouths of Jesus disciples. The Spirit gave them utterance. Yes, they began to speak in other tongues! However, to make speaking in tongues the “main event” of Pentecost or the baptism of the Holy Spirit would be to miss the larger truth. Speaking in “other tongues” is simply a sign that the individual is no longer speaking of their own initiative or understanding, but under the influence of the Holy Spirit.

So, to truly understand the significance of believers receiving this power on their lives, we must acknowledge that the first work of the Holy Spirit poured out on Jesus disciples was to give them something to say. That something was a proclamation of the mighty works of God.

And they were all filled with the Holy Spirit and began to speak in other tongues as the Spirit gave them utterance. Acts 2:4 | ESV

Just as Jesus promised, power came up on them to begin to witness or testify of who Jesus is and everything He’s done.

Yes, the whole scenario must’ve seemed crazy, and I’m sure that people were wondering what madness was happening. It’s obvious from the scripture that some thought they were just drunk. They were under the influence of wine. But that was not the case, these disciples of Jesus were under the influence of the power of His Spirit. So immediately Peter tells us what’s going on…

16…” this is what was uttered through the prophet Joel:

that I will pour out my Spirit on all flesh,

and your sons and your daughters shall prophesy,

and your young men shall see visions,

and your old men shall dream dreams;

in those days I will pour out my Spirit, and they shall prophesy.

I love this! God pouring out His Spirit on everyone who would believe, regardless of age, social status or gender. Everyone could receive the power of the Holy Spirit that will give them the words to boldly proclaim who Jesus is and everything He has done for us. This is everything that is inherent to the spirit of prophecy.

“…For the testimony of Jesus is the spirit of prophecy.” Revelation 19:10 | ESV

Jesus didn’t leave his disciples to simply figure it out. You didn’t ask them to operate out of their own wisdom in their own strength. He sent them help and this help continues for us today. Through the baptism of the Holy Spirit we receive the power that equips us to do the work of sharing the good news of Jesus and to build His church.

Jesus gives His disciples the power to proclaim. He equips us for our assignment to announce, declare, and make known the good news of who Jesus is and everything He has done for us. This my friends, is worth celebrating! I pray that we will receive this power and boldly proclaim Jesus in our neighborhoods, cities, and the nations!